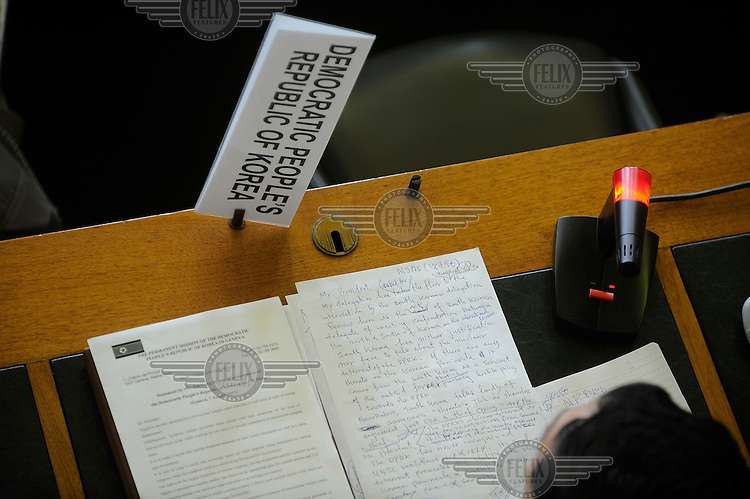 A hand written speech, in English, being delivered by the Democratic People's Republic of Korea, in response to a statement by the Republic of Korea, at the Conference on Disarmament. The speech accuses the latter of inciting a confrontation between North and South Korea in this international forum.The Conference on Disarmament, established in 1979, is the only forum for nations to discuss multilateral arms control and disarmament issues. It has a primary focus nuclear weapons control and disarmament. 65 countries, and 38 observer nations, convene annually at the United Nations' Palais des Nations building for three sessions of talks totalling 24 weeks.