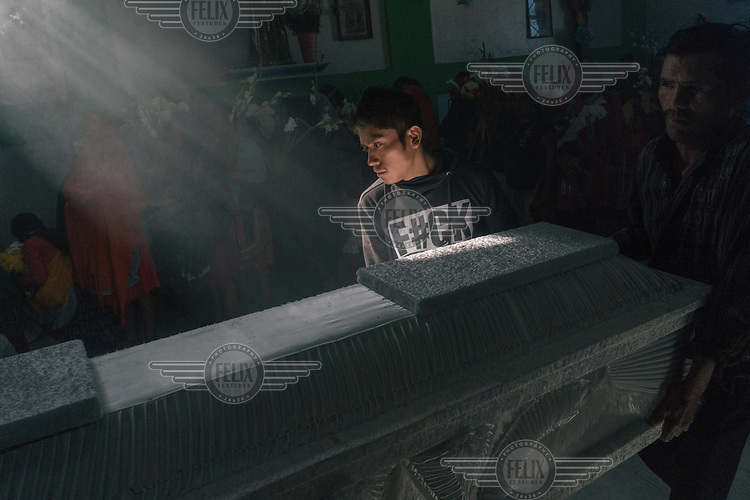 Ricardo Mendoza, a member of the Regional Coordinator of Community Authorities (CRAC-PF), helps to carry the coffin of his fifteen-year-old nephew, Israel Mendoza, at a church during the teenage boy's funeral. In December 2019, members of the Los Ardillos drug cartel brutally murdered 10 Nahuas indigenous musicians, including Israel, as they returned to Alcozacan after they had played at party outside the CRAC-PF defended territory.

CRAC-PF was formed as a response by a cluster of remote farming villages, largely inhabited by indigeneous Nahuas indians, to the violent Los Adillos drug cartel who want to force the farmers to grow opium poppies. While elders admit that the training and arming of their children is really a ploy to get the attention of the central government who they say have failed to respond to their plight. Nonetheless, children cannot leave the villages defended by the CRAC-PF in order to attend secondary school and anyone caught by the brutal cartels is at risk of losing their life.
Luis Antonio Rojas/Panos Pictures /Felix Features 29 Jan 2020