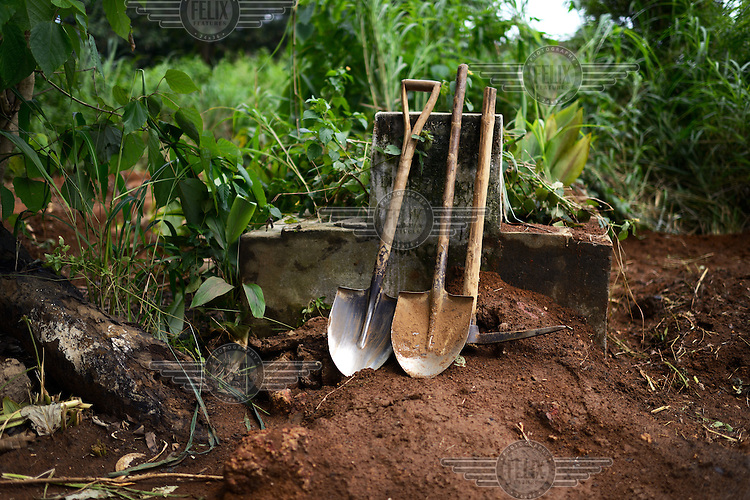 Shovels from the burial team rest against a grave at the King Tomb cemetery in Freetown on the third day of the national lockdown imposed by the government. The cemetery lies next to Kolleh Town, a crowded slum where many inhabitants are complain about having ebola victims buried next to their living space.