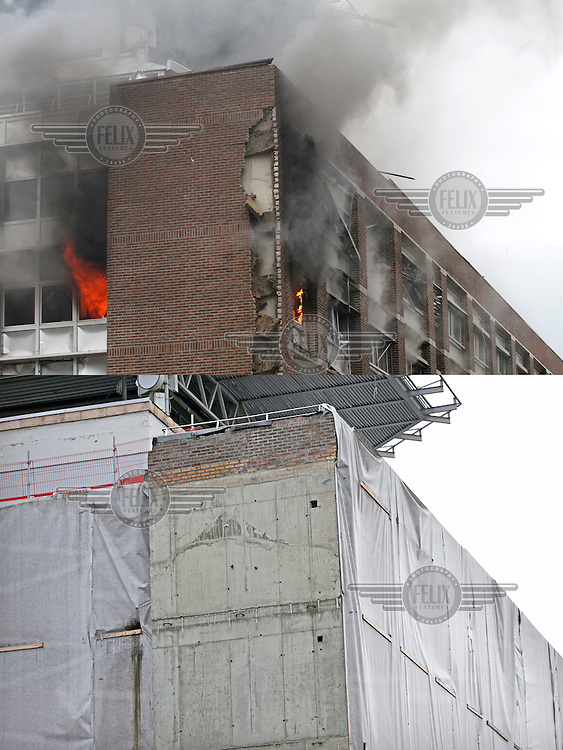 About a year and a half after a large vehicle bomb was detonated by the government quarter is still showing extensive damage.
The terrorist targeted the offices of Norwegian Prime Minister Jens Stoltenberg on 22 July 2011. Although Stoltenberg was reportedly unharmed the blast resulted in many injuries and deaths.
Another terrorist attack took place shortly afterwards, where the same man killed 69 children and youths attending a political camp at Utøya island.
Fredrik Naumann 22 Jul 2011
KUN DAGBLADET!