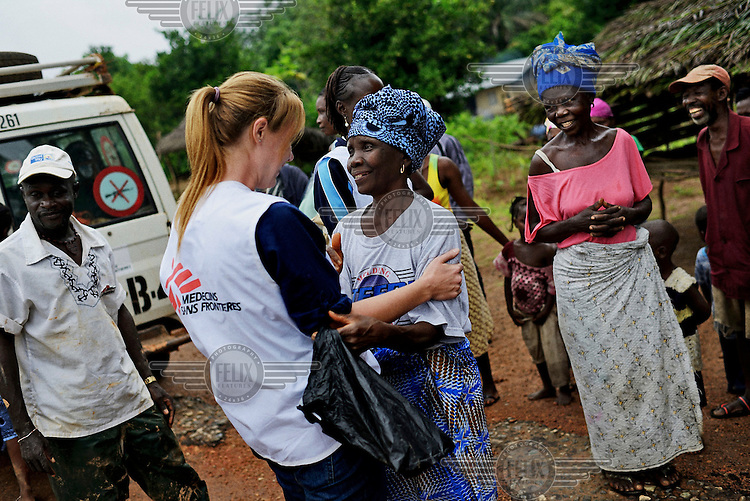 Abnach Bayu hugs Elle Watson, a Medecins sans Frontieres (MSF) medical worker, after the MSF team arrives in her village. Abnachh Bayu survived being infected with Ebola due to treatment she received at the MSF center in Kailahun. The government of Sierra Leone declared a state of emergency on 30 July and deployed troops to quarantine the hot spots of the epidemic.