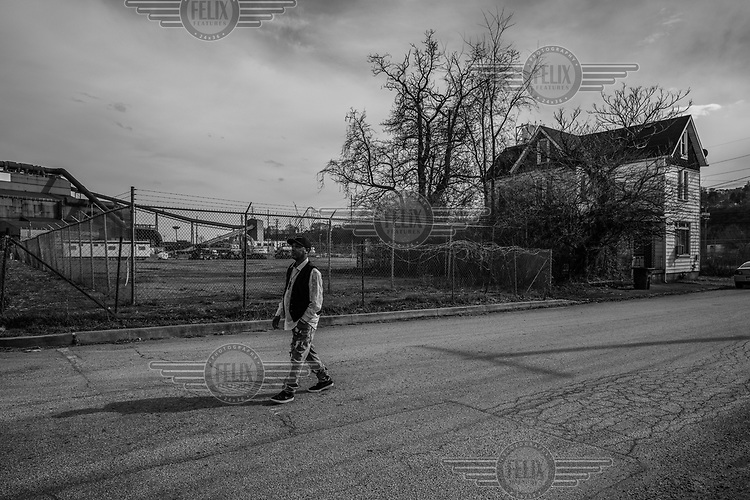 Activist Isaac Bunn walks near his family's home in Braddock. His house is the only one left on the block near the Edgar Thomson steel mill.

The population of Pittsburgh, the urban area that Braddock is a part of, has halved since its 1960s high point. Like many of the so-called rust belt states, Pennsylvania's heavy industries have declined due to globalisation, automation and a move away from polluting industries. The resulting de-industrialisation has led to rising unemployment or wage stagnation, falling urban populations and rising inequality.
Lalo de Almeida/Folhapress/Panos /Felix Features 2 Apr 2019
Not for sale in Brazil.