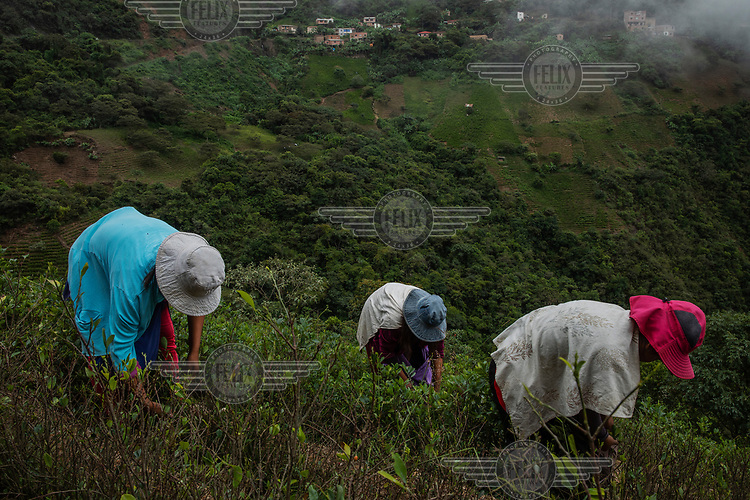 Coca farmers (cocaleros) harvest coca leaves in a mountainside plantation in rural Huancane, a region where coca has traditionally been grown.