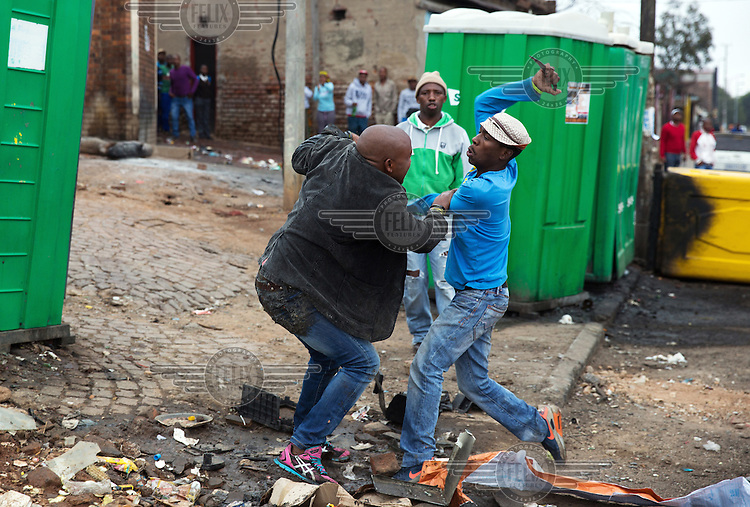 Emmanuel Sithole, a Mozambique national who ran a shop in the Johannesburg township of Alexandra, is attacked by a local man with a small knife. James Oatway called an ambulance and waited with him but Emmanuel later died of his wounds. Sithole was the seventh person to do die in an upsurge of anti-immigrant violence across South Africa.
The violence follows controversial comments made by Zulu King Goodwill Zwelithini in which he said that foreigners were taking South Africans' jobs and should 'pack their belongings and go back to their countries.'
James Oatway/Sunday Times/Panos Pictures /Felix Features 18 Apr 2015